The Buchenwald Concentration Camp was liberated on 11 April 1945 by American troops.

The camp was established by the Nazis in 1937 and was one of the largest camps on German soil. Jews, Roma people, political prisoners, gay men Jehovah’s Witnesses and prisoners of war were imprisoned at Buchenwald, as well as ‘asocial’ prisoners who were incarcerated due to their inability to find work.

Between 1937 and 1945 approximately 250,000 people were imprisoned at Buchenwald, over 56,000 of whom were killed. Although Buchenwald was not an extermination camp, many prisoners died due to illness, malnutrition, executions, medical experimentation, and the hardships of slave labour. 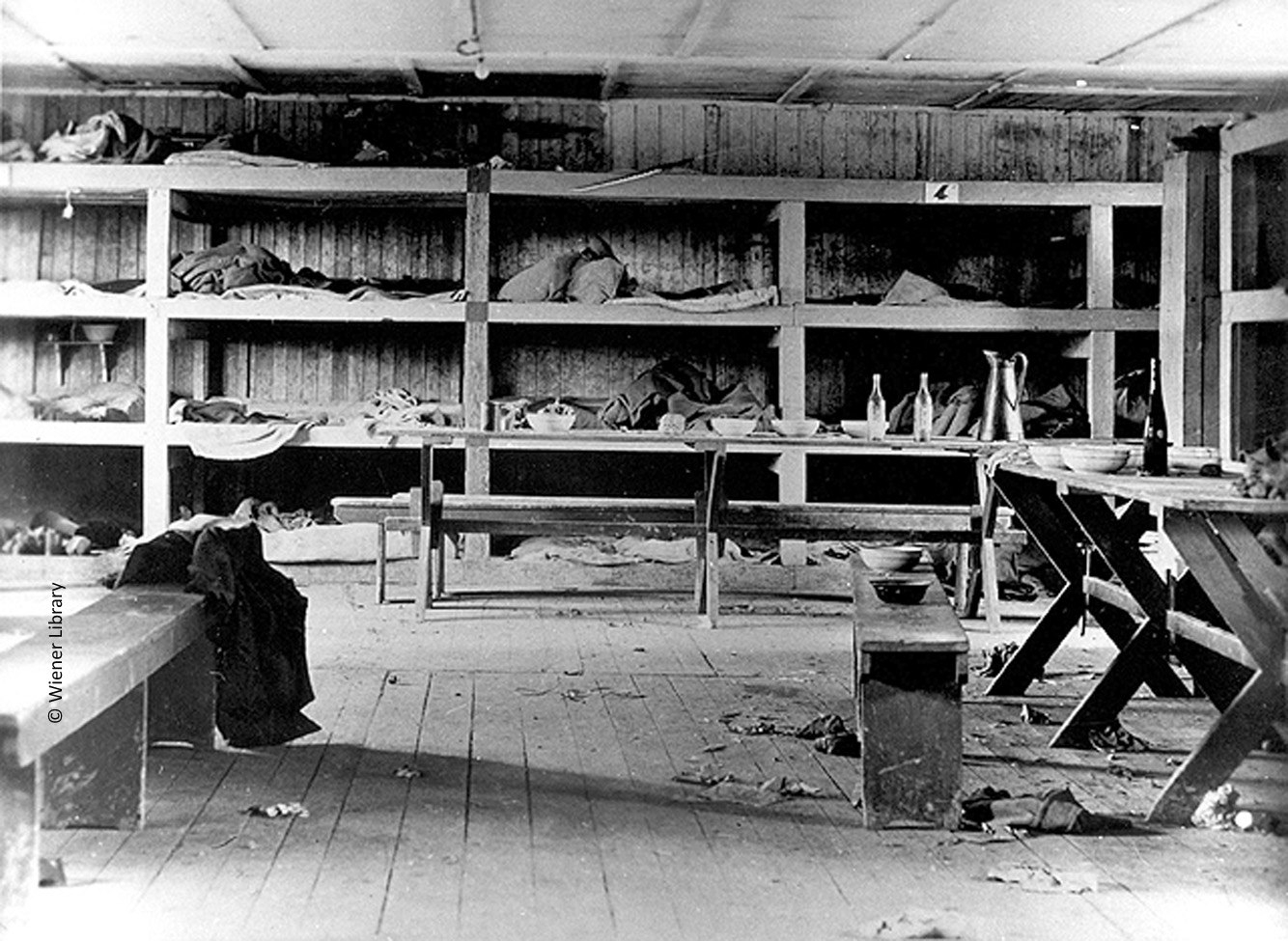 Shortly before the liberation of Auschwitz-Birkenau and other camps in Eastern Europe, prisoners were marched from those camps to Buchenwald. In January 1945 approximately 10,000 prisoners – mostly Jewish – arrived at the camp after being forced to endure these death marches. In early April, as US forces approached the camp, the SS (the Nazi paramilitary group) began to force inmates on further marches out of Buchenwald. An underground resistance group in the camp responded by obstructing orders and delaying evacuation. Their efforts saved several thousand lives. However, it is estimated that between 12,000 and 15,000 died during the marches from the camp.

On 11 April 1945, as the Sixth Armoured Division of the Third US Army approached, prisoners stormed watchtowers and took control of the camp. The US Army liberated 21,000 prisoners from Buchenwald.